When it comes to super-efficient camping stoves, Solo Stove is on top of the list. Why? Because its products come with a patented design that provides a smoke-less and more efficient burn. This is made possible because of two components – the stove’s bottom and top vent holes, and its double-wall construction.

Here, we compare two Solo Stove products – the Lite against the Titan. What’s their difference? Which one should you choose? Find out in this Solo Stove Lite vs Titan comparison report.

Let’s start with this comparison chart.

You’ve seen the chart above. Now, let’s talk about the differences between these two wood-burning camping stoves.

The first important difference is their size and weight. The Titan is heavier and taller than the Lite.

Based on the data we’ve gathered, the Solo Stove Titan is more or less 7 ounces “heavier” than the Lite. Note that we put that in quotation marks because it’s still lightweight relative to other bulkier stoves.

When both of these stoves are assembled, there’s a difference of 2 inches in their height. The Titan is slightly taller. 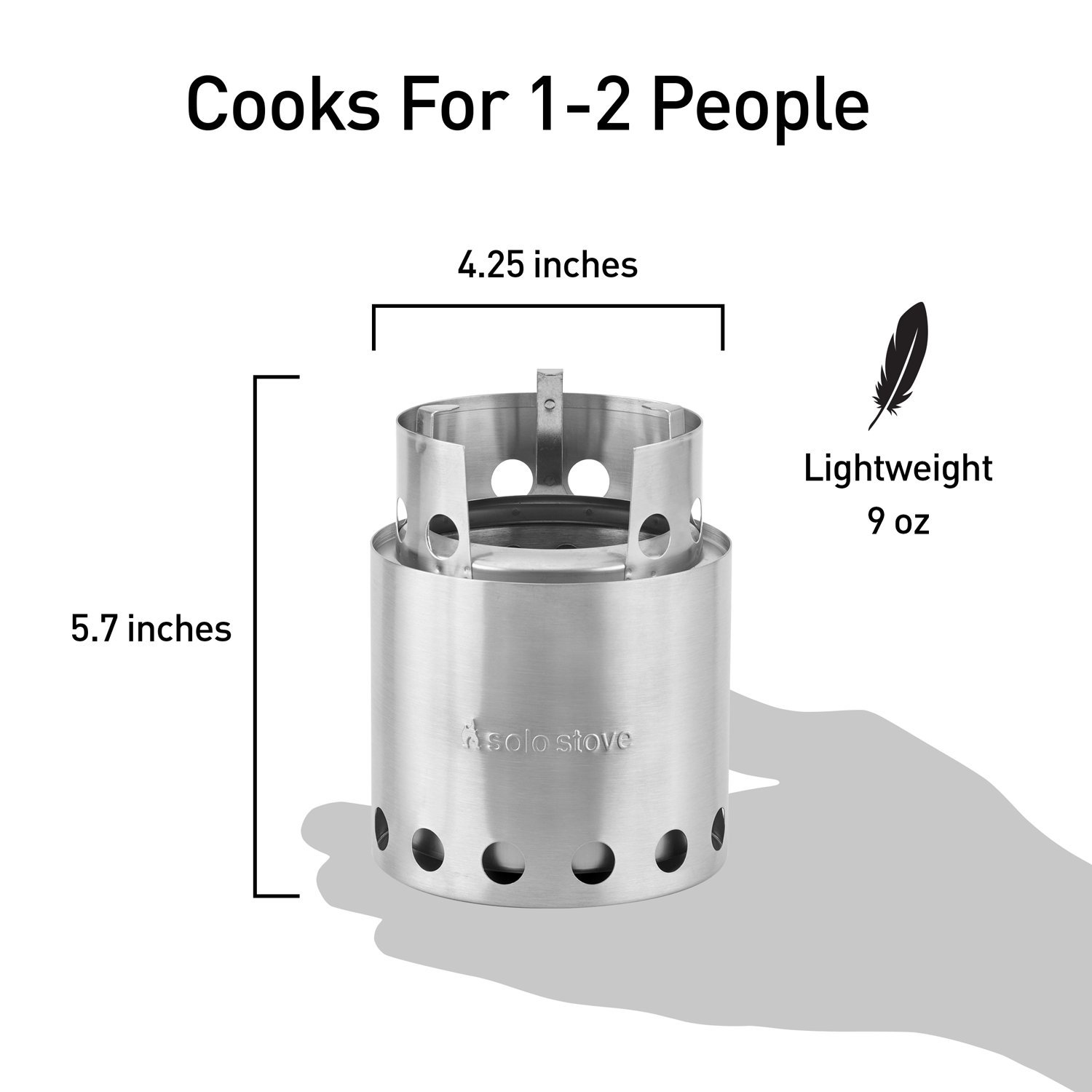 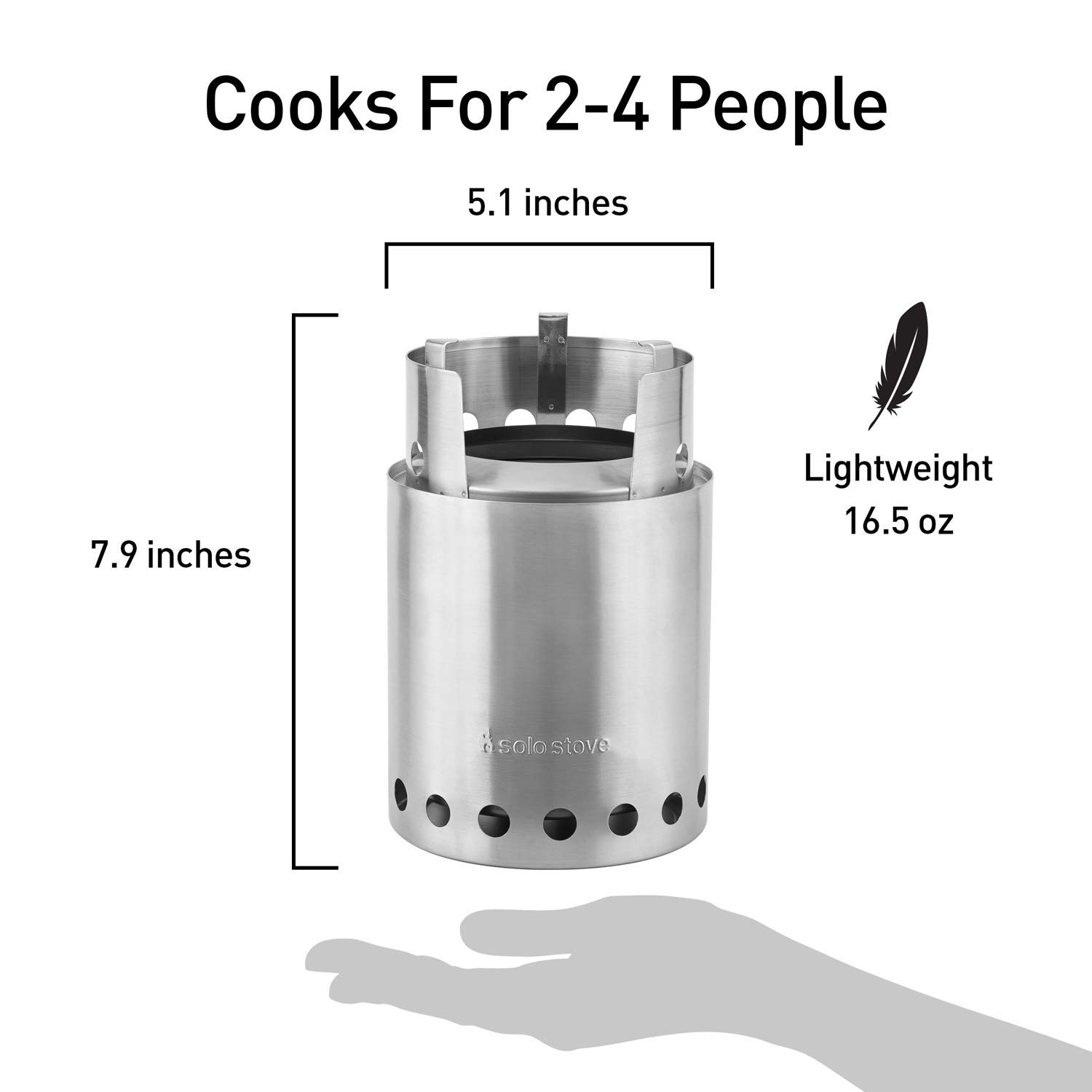 Since the Solo Stove Titan is bigger, it has a bigger burn chamber, so you can add more fuel. As a consequence, it puts out more heat, thereby boiling water faster. As advertised, this can boil a 32-ounce water between 4 to 6 minutes, which is half the boil time of the Solo Stove Lite.

The Lite is ideal for a single or couple hiker or backpacker. The Titan is for groups of up to 4 people.

Which one should you pick? 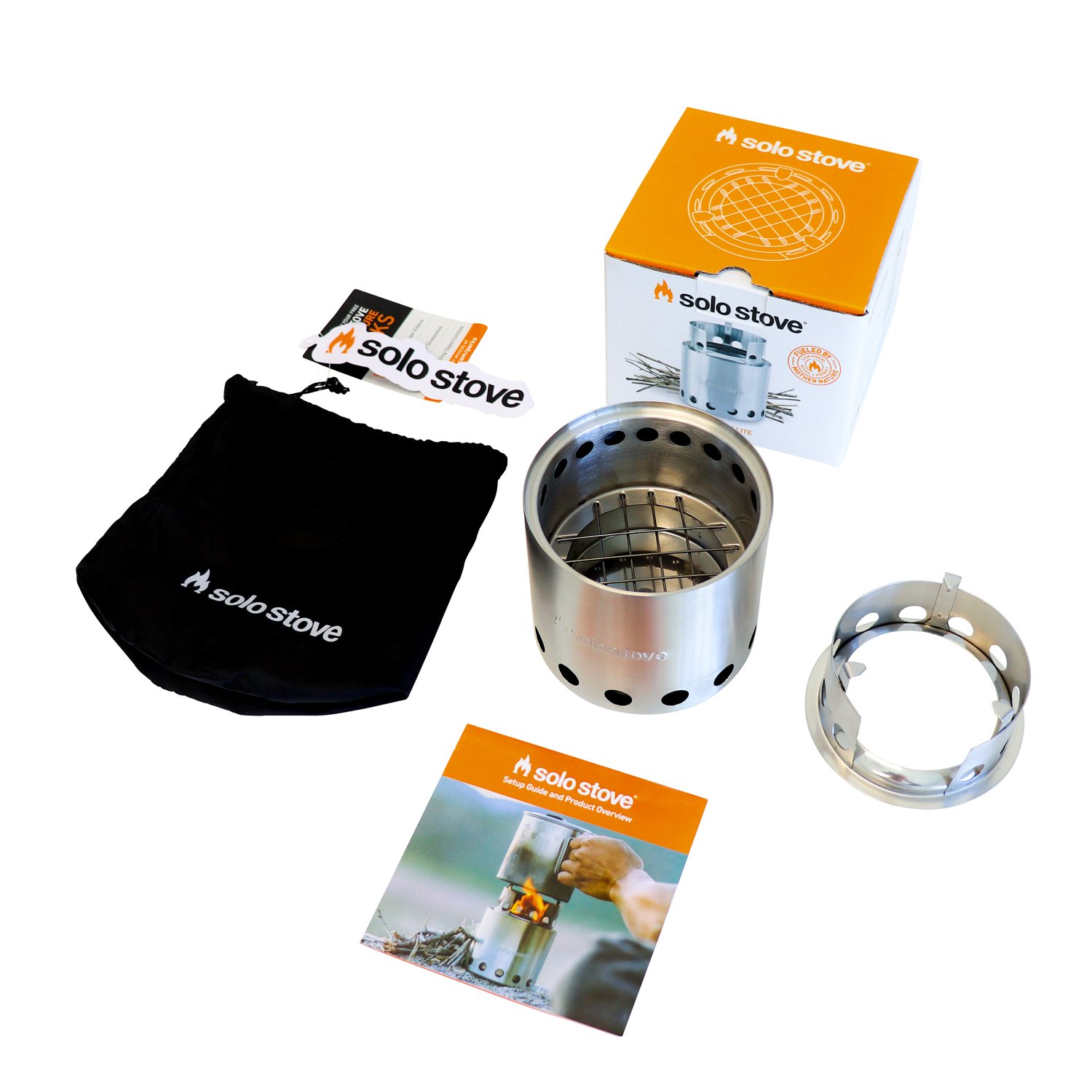 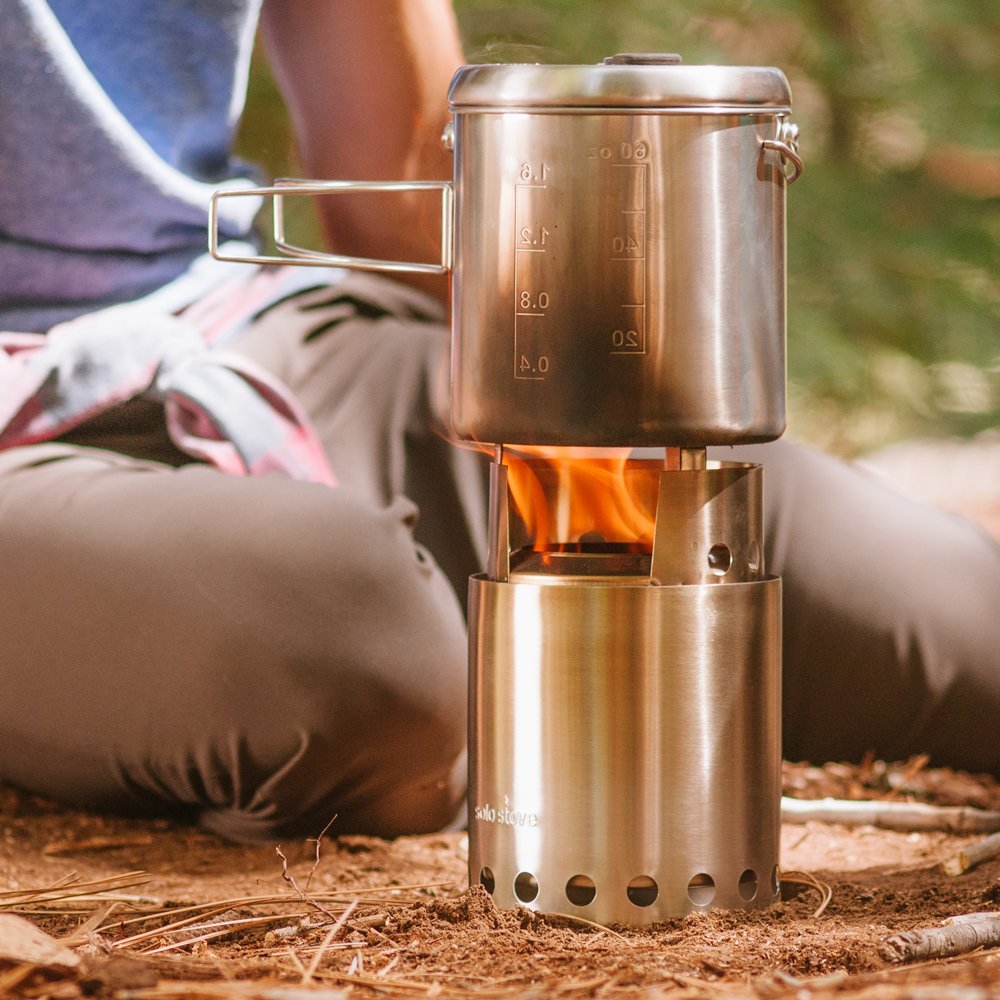 Outdoor Fireplace Reviews is a participant in the Amazon Services LLC Associates Program, an affiliate advertising program designed to provide a means for sites to earn advertising fees by advertising and linking to Amazon.com. Also, certain content that appears on this site comes from Amazon Services LLC. This content is provided “as is” and is subject to change or removal at any time.